It has been a busy and productive month making new partnerships with several great individuals and churches. We have seen God bless our ministry through many different ways, and are blessed to have such faithful and caring partners join our mission of taking the Gospel to unreached peoples in Togo.

The Wachi people group of Togo is unreached, yet engaged, according to:

These terms simply mean that less than 1% of the population have even heard the name of Jesus or of His grace and forgiveness. The Wachi people’s population is 766,000 and spreads into Togo’s neighboring country of Benin. They reside in the southern, coastal region of Togo, in and around the village of Aneho. Marci and I will be living in the village of Aneho among the Wachi people of Togo to build relationships and share the Gospel, as Paul the Apostle urged in 1 Corinthians 7 to “become like and remain like”. Become like: meaning that we will recognize the importance of their culture, but not their religion. The Wachi people’s culture is open and friendly in an old-fashioned, rural sense. Remain like: we are not coming to become like the Wachi people, neither to make them like Americans, but simply to share with them the love of Jesus; not to change them as a people, but to change the desire of their hearts.

As we share the Good News with the Wachi people, we are reminded of the urgency of sharing. The average age of Togolese is only 35 years; therefore, our focus is on reaching young people and their families with the Gospel and discipling them to spread the Gospel to their own communities. We are thankful to those of you who have already partnered with us in our mission to reach the unreached and ask those of you who are praying about partnering with us to see the urgency of reaching the Wachi people with the Gospel.

We ask you to pray about partnering with us in prayer and in financial investment.

We have made it to over a 1/3 Partnered! 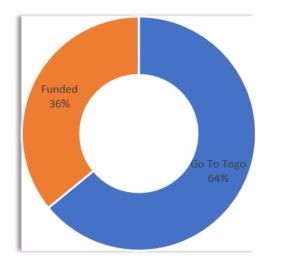 We are the James Gang and we live in Togo, West Africa. Check out our partnership tab to know more about us. View all posts by James Gang